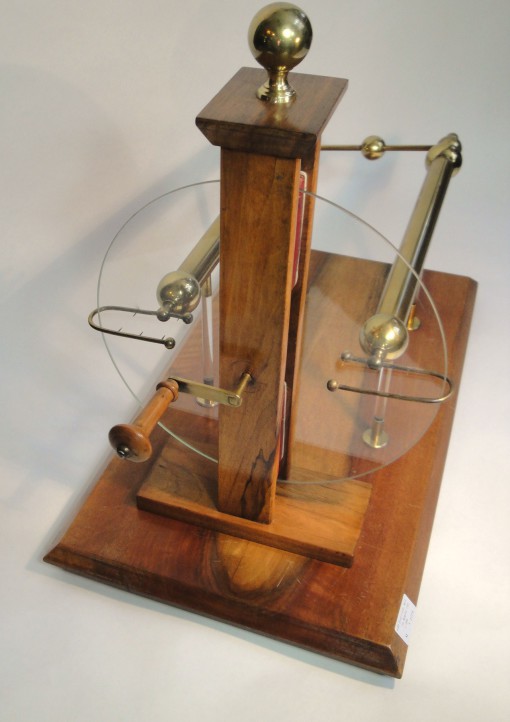 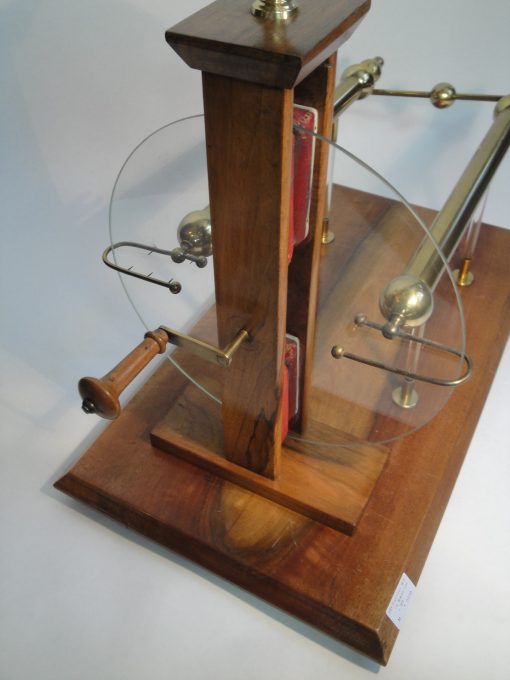 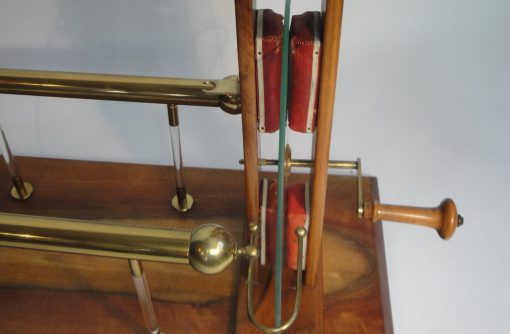 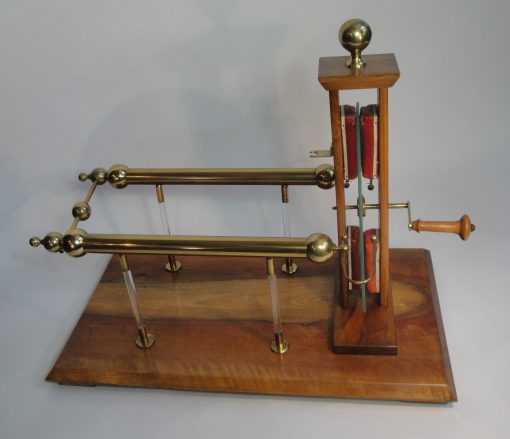 Jesse was also involved in manufacturing static electricity generation machines. Construction A large circular plate of glass is mounted vertically on a metal axle, about which it can easily be turned by a crank handle. When passing between the two wooden supports, the surface of the glass is rubbed by two pairs of pads fixed to the supports. The rotation of the glass then causes it to become electrified positively on both faces. The negative charge of the pads is neutralized by being connected to the ground through the frame, which is not insulated. Each pad is stuffed with hair, and is covered with leather: Its surface is coated with mosaic gold, or an amalgam of mercury with zinc, bismuth, or tin. Attached to the pads are silk cases which enclose the glass plate nearly as far as the combs, these are to prevent loss of charge. Once the electrical differential has been produced by the action of the pads on the glass, the charge must be collected in some way. Most friction machines do this via prime‑conductors. They consist of two long brass cylinders terminated at each end by knobs, and insulated by glass legs. These cylinders are connected to one another (at the opposite end from the plate) by a metal rod. The ends of the conductors nearest the machine carry metallic combs bent round and brought with the points close to both faces of the glass plate, but not quite touching it (Franklin’s points). Operation When the handle of the machine is turned the glass plate is charged positively by friction against the pads; while in this state it acts by influence (inductance) on the conductors, repelling a positive charge to the ends of the conductors, and leaving the parts nearest to it, the combs, negative.

The negative charge sets up an “electric wind” at the points of the combs, producing a continual discharge between the surface of the glass and the prime‑conductors. The glass is continually being re‑electrified positively by friction with the pads, thus causing an accumulation of electricity on the conductor. An electroscope may be placed on one of the conductors in order to show the increase of the charge of the electricity.