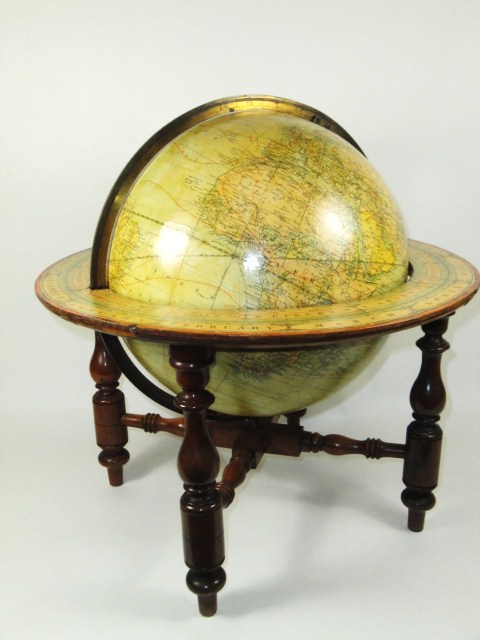 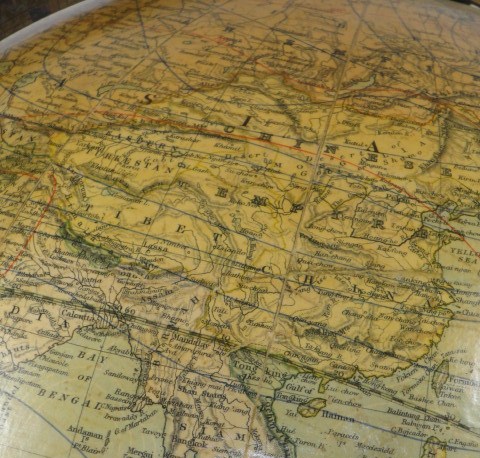 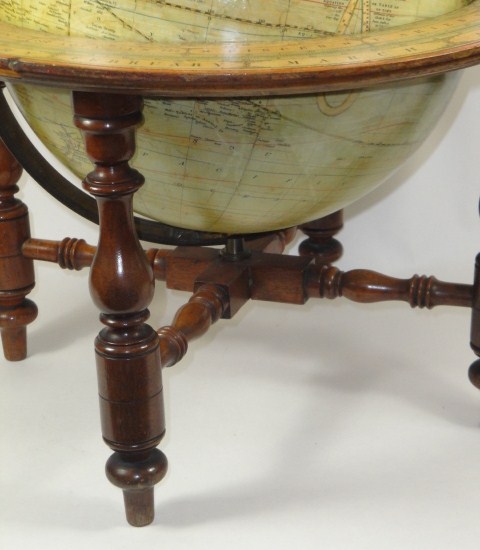 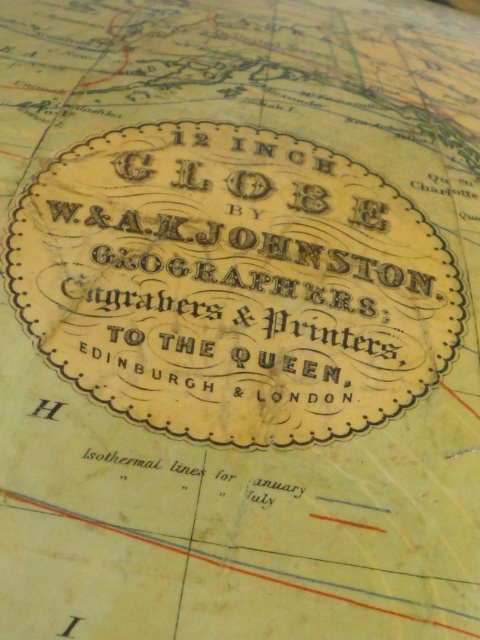 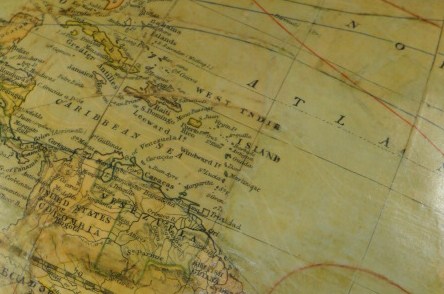 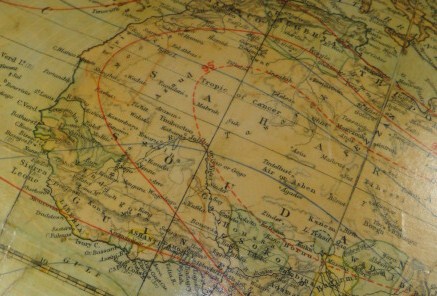 A terrestrial 12 inch Globe by W&A.K. Johnston  c.1870 W. & A.K. Johnston was among the most important figures in the production of globes in the late 19th century and early 20th century. Although a British manufacturer, they were highly influential in producing globes to be sold in America under the Johnston name, or under the name of American globe makers and school supply houses. William (1802-1888) and Alexander Keith (1804-1871) Johnston began as apprentices to the Scottish globe maker and publisher James Kirkwood (fl. 1774-1824). After a fire at the Kirkwood’s Edinburgh workshop, they set up their own workshop. Their largest globe was a 30-inch diameter physical terrestrial globe which won a number of medals at the Great Exhibition. They received a royal appointment, hence the cartouche of their 18-inch globes is surmounted by the royal coat of arms.