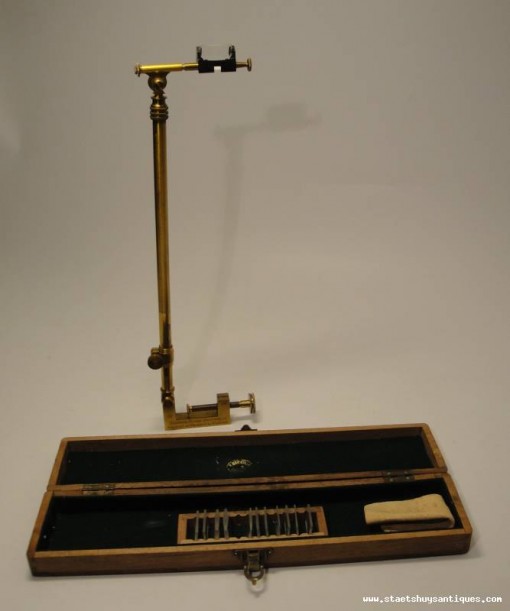 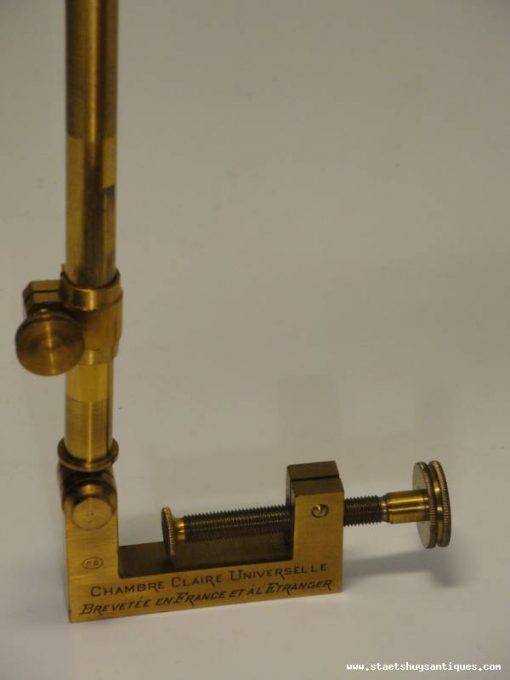 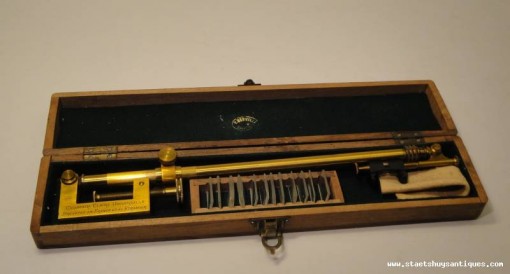 A fine camera lucida ca. 1860 made by P Berville, 25 Chaussée d’Antin, Paris. complete in original box The camera lucida was patented in 1807 by  William Hyde Wollaston.There seems to be evidence that the camera lucida was actually nothing but a reinvention of a device clearly described 200 years earlier by Johannes Kepler in his Dioptrice (1611). By the 19th century, Kepler’s description had totally fallen into oblivion, so Wollaston’s claim was not challenged.